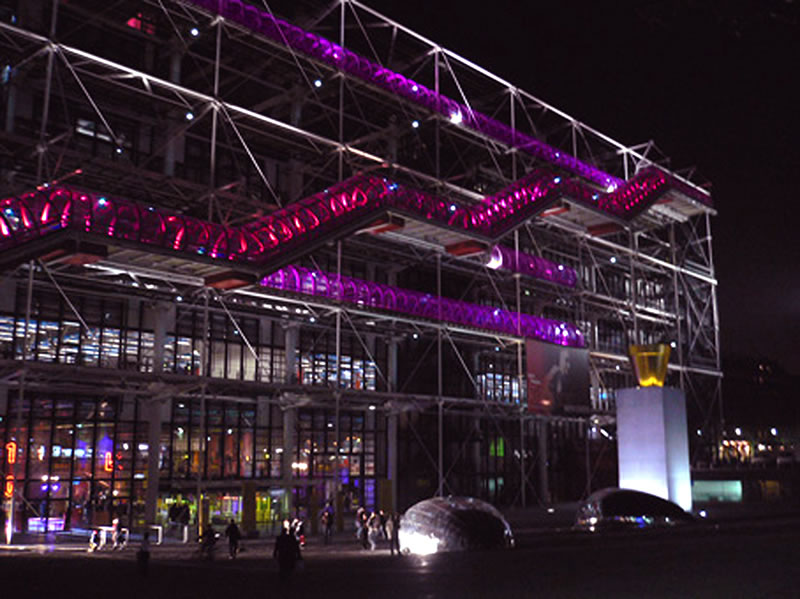 The Centre Georges Pompidou (architects Renzo Piano and Richard Rogers) is home to one of the largest collections of modern and contemporary art. In 2006 Matteo Messervy was commissioned to create a lighting installation for the façade of the building. Messervy
focused on circulation, the flow of people in conjunction with the outstanding forms of the building.

Magenta lights in the corridors filled the glass tubes that make up the outside escalators of the museum creating an effect of human veins running around the perimeter of the building. From afar the spectators could view the movement inside these “veins” and upon entering the museum, they became involved as “actors” in the masterpiece, part of the installation itself. Even standing still, they were animated by the movement of the escalators thus changing their perspective and their observations.

To contribute to the dynamics, Messervy invited Carolyn Carlson to choreograph a modern dance performance. 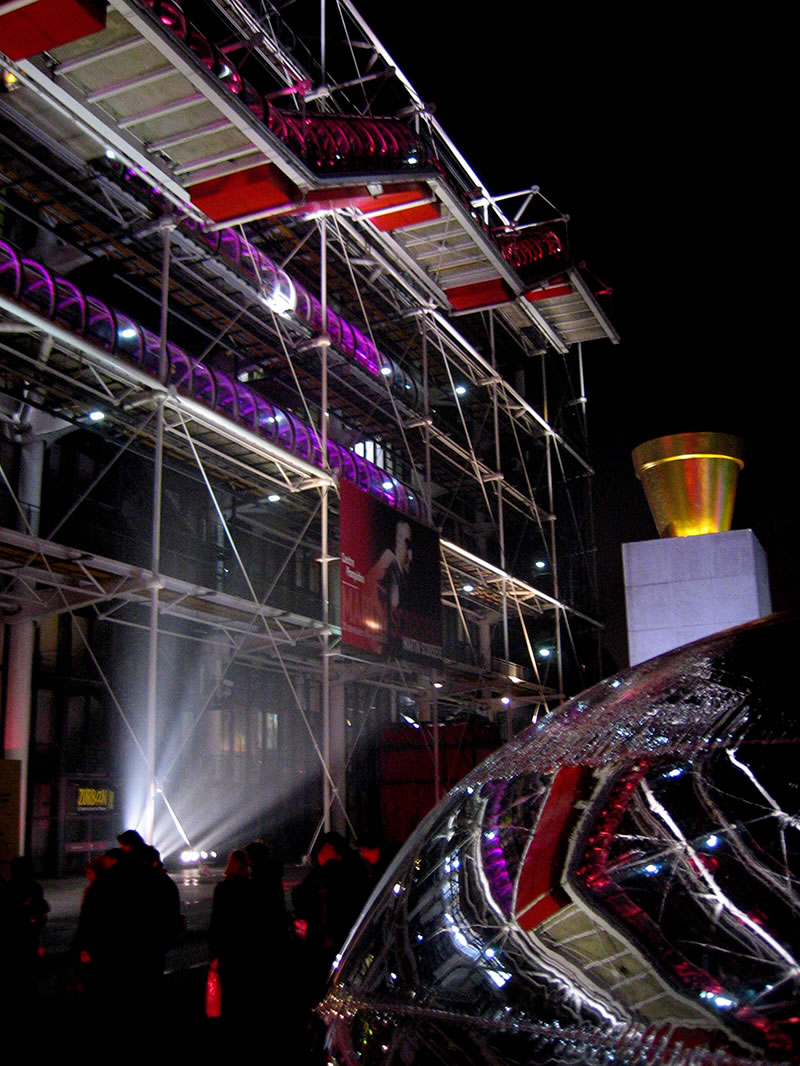 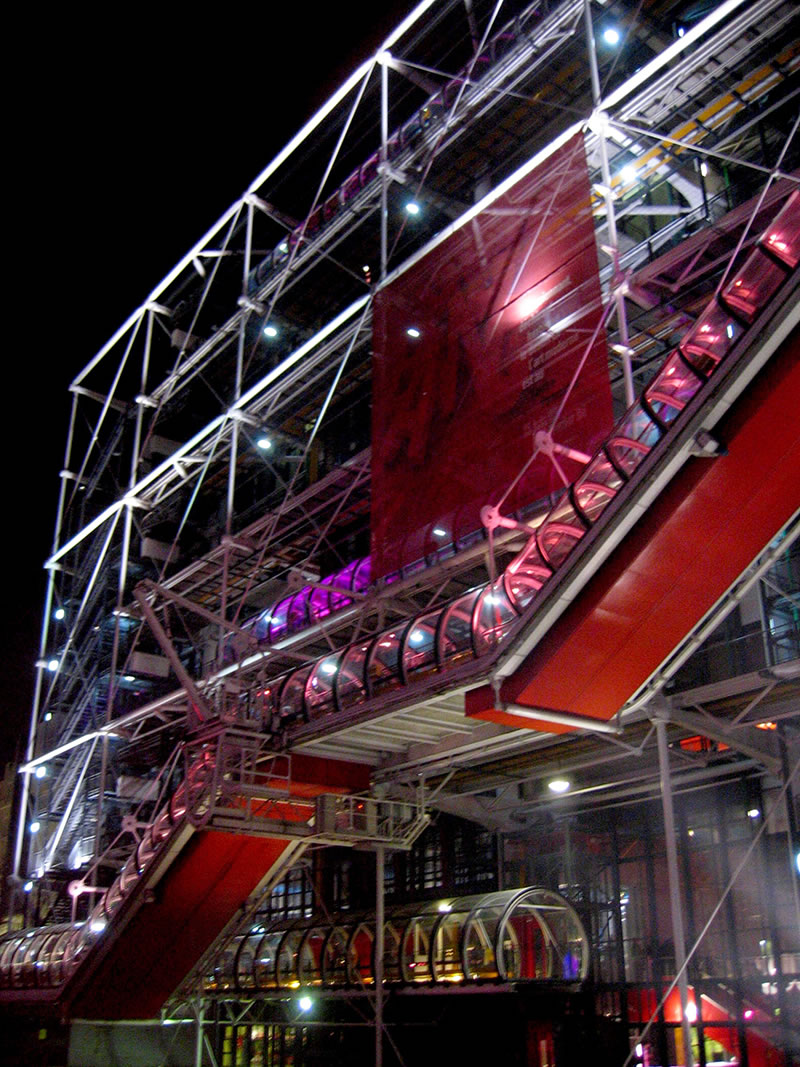 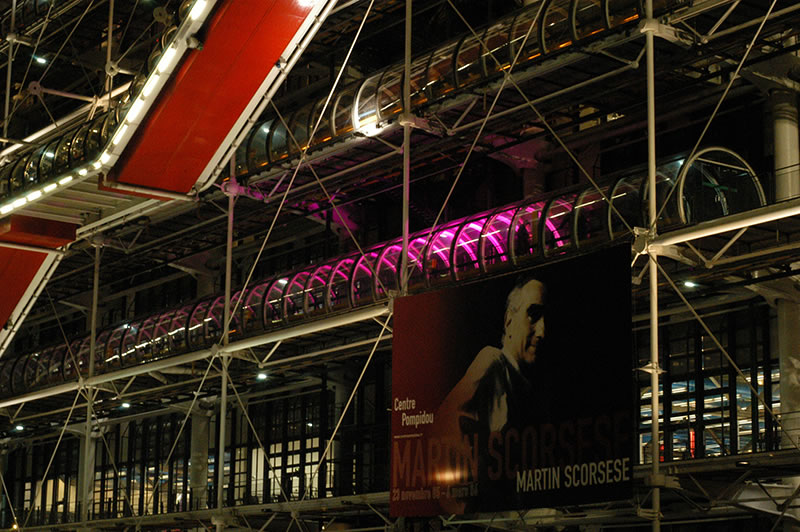 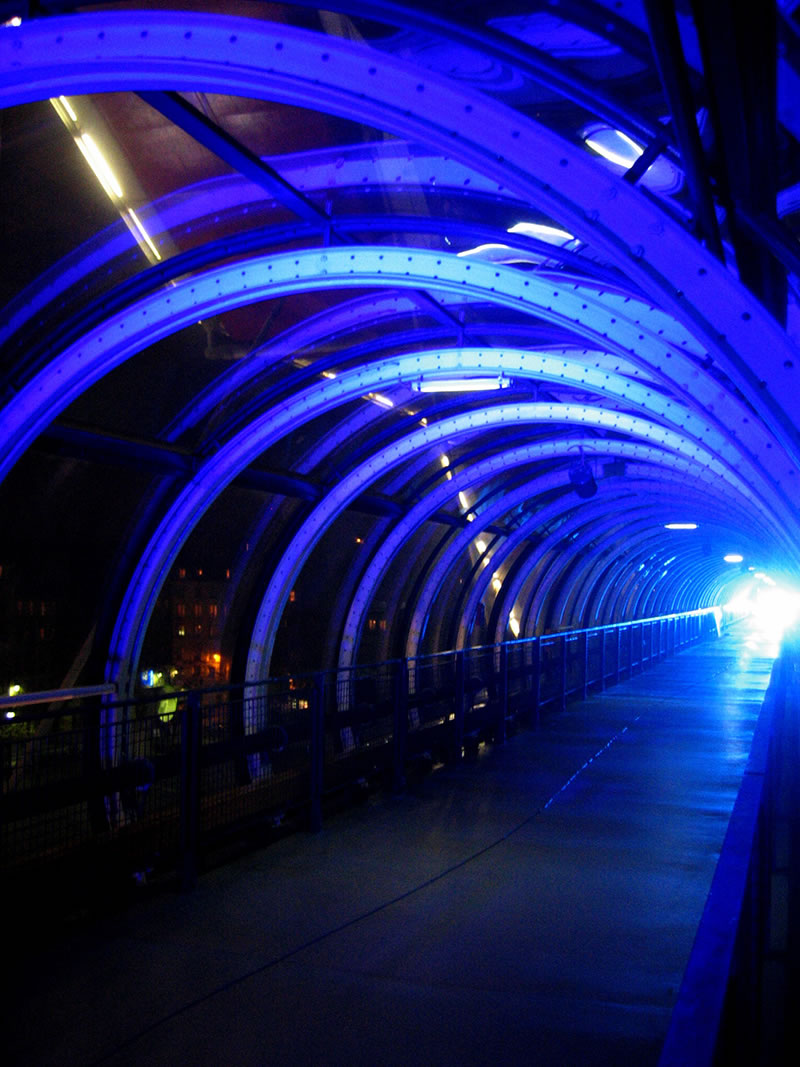 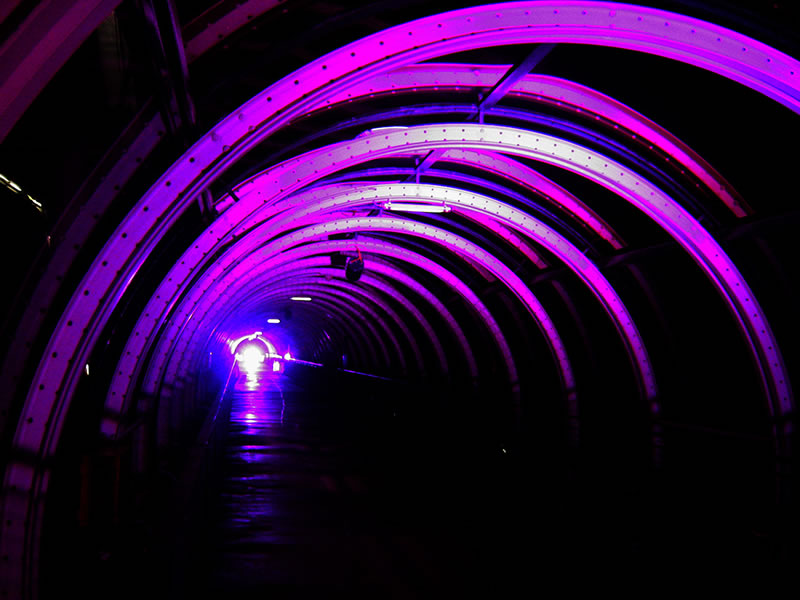