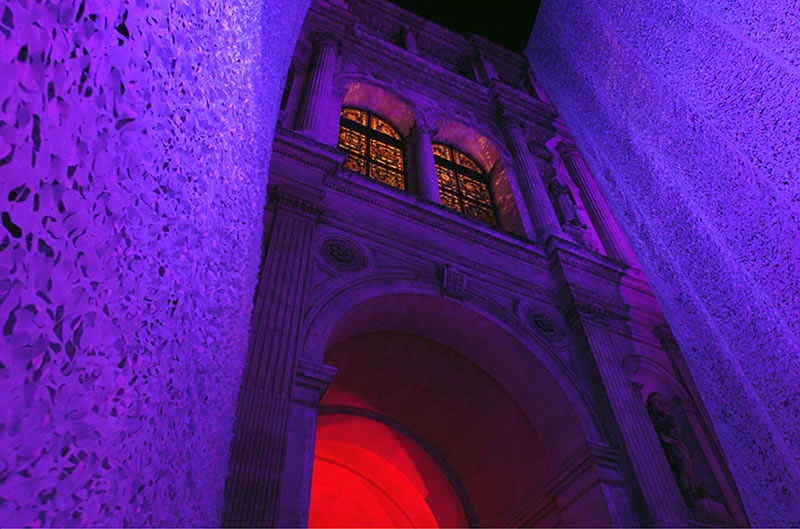 2002 inaugurated an annual contemporary art event in Paris known as “Nuit Blanche”, in English one would say an “all nighter”. Ten years later, this city wide phenomenon is still thriving.

In 2004 Matteo Messervy was asked to create his installation in Paris city hall, Hôtel de Ville. The perception of this neo-renaissance building built in 1873 was completely transformed into a massive sensorial cocoon. These cocoons of white camouflage fabric engulfed the exterior beckoning the spectators inside to experience the full momentum and sheer volume of this incredible installation of light, air and sound.

Once intended for military purposes, this material gained a new dimension as it was transformed into a protective and peaceful cocoon swelling with air and light and had a particular meaning for Messervy, as it was once used in the production of parachutes for soldiers in World War II. For this installation a modern version was created and used as a tribute to the salvation of the city and the heroes of the past.

The architecture of the city hall was not compromised, but magnified by the camouflage that simultaneously concealed and disclosed the structure. Light pulsated throughout to the rhythm of a human heart beat, a theme often explored in the designer’s work.

Invited by Messervy, Danish composer Pixel, a representative of the electro-experimental trend, created a sonar experience that filled the space. The embodiment of the work was a representation of the peace it was protecting. 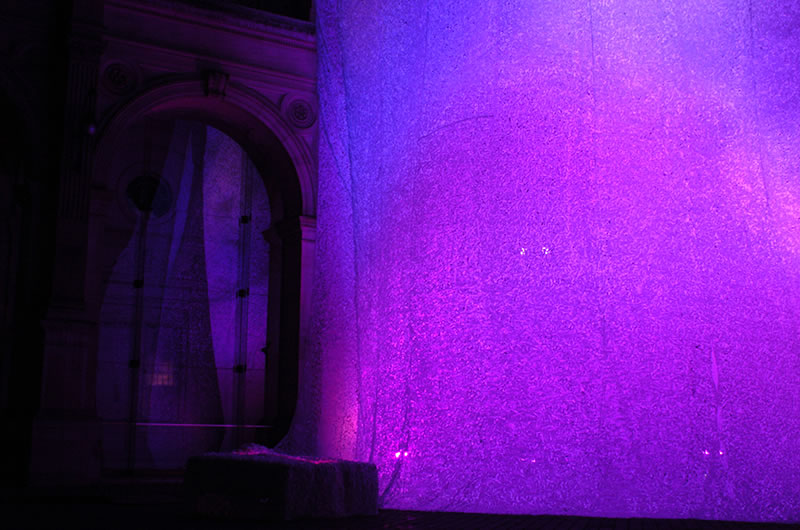 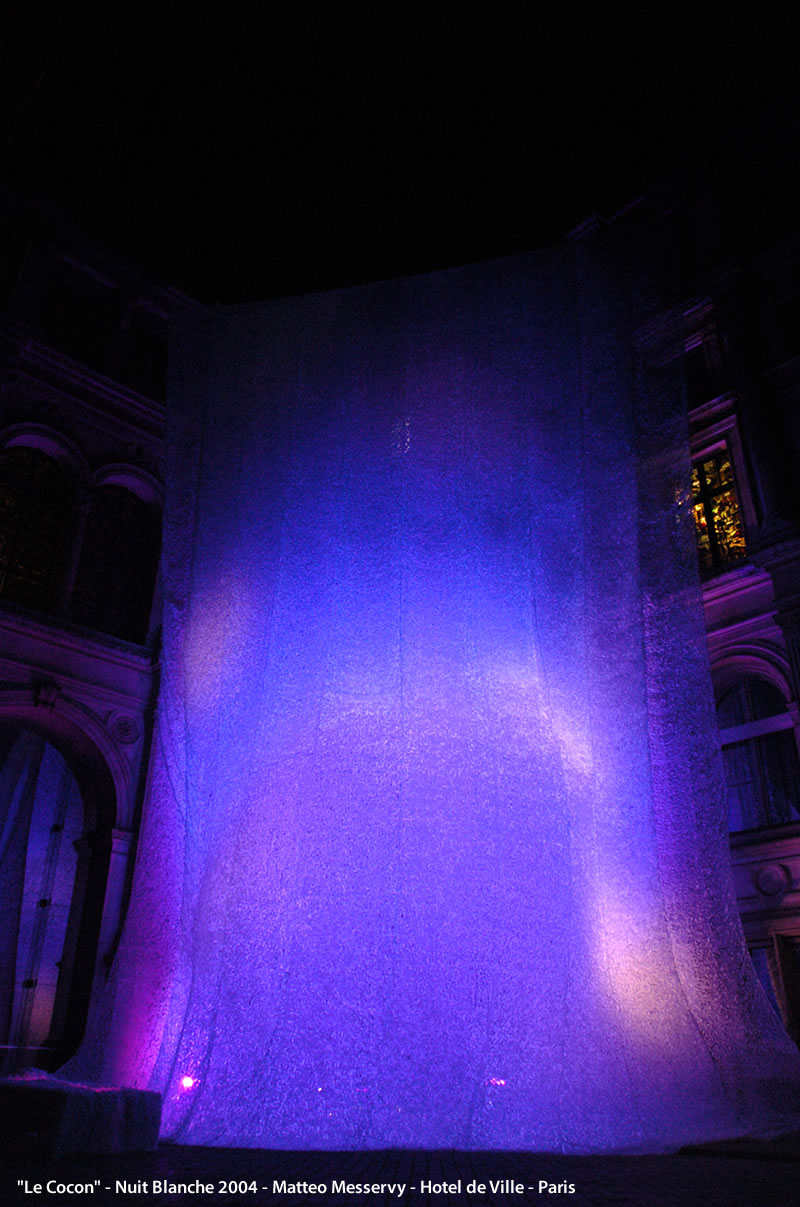 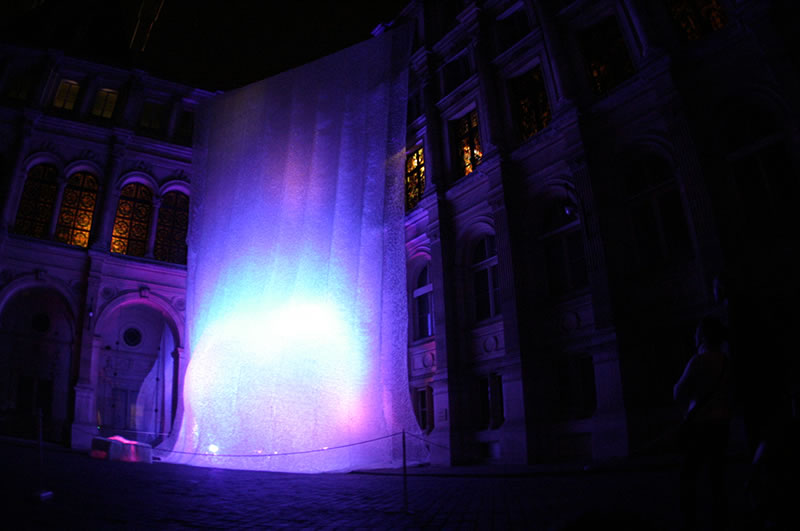 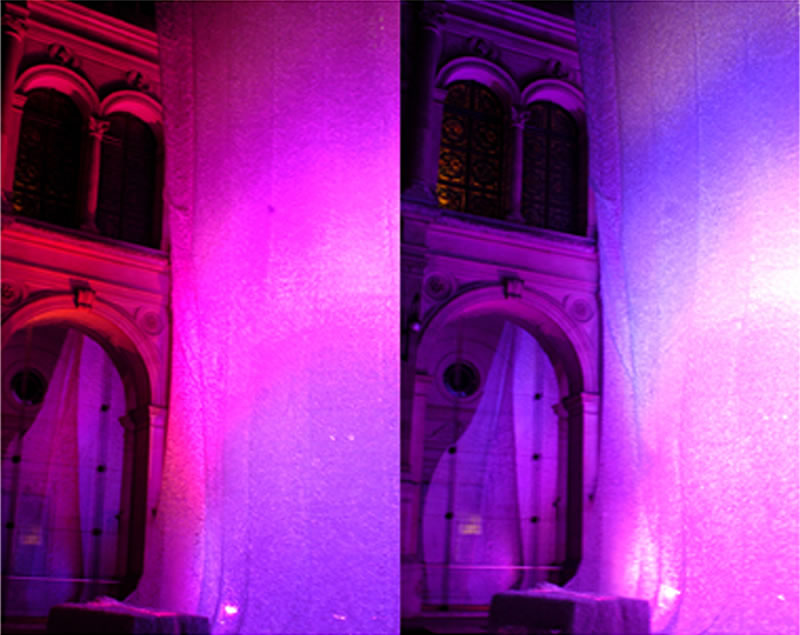 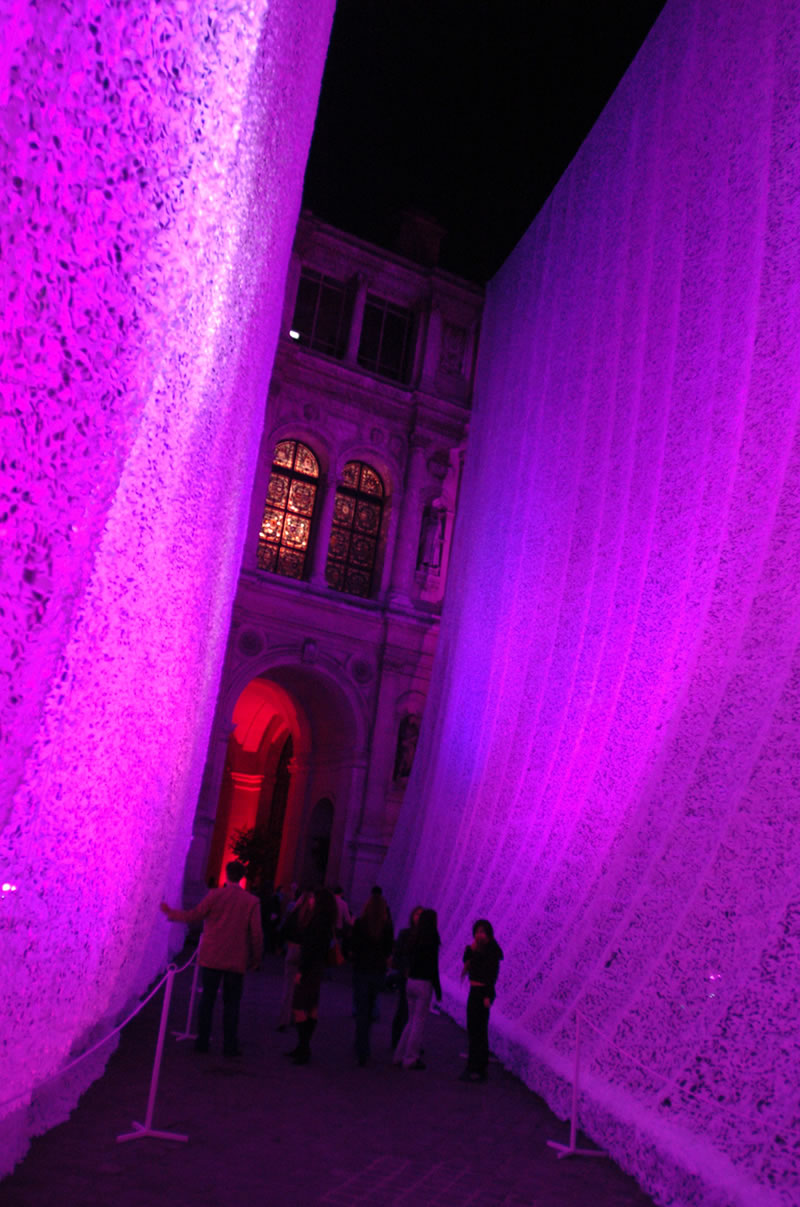