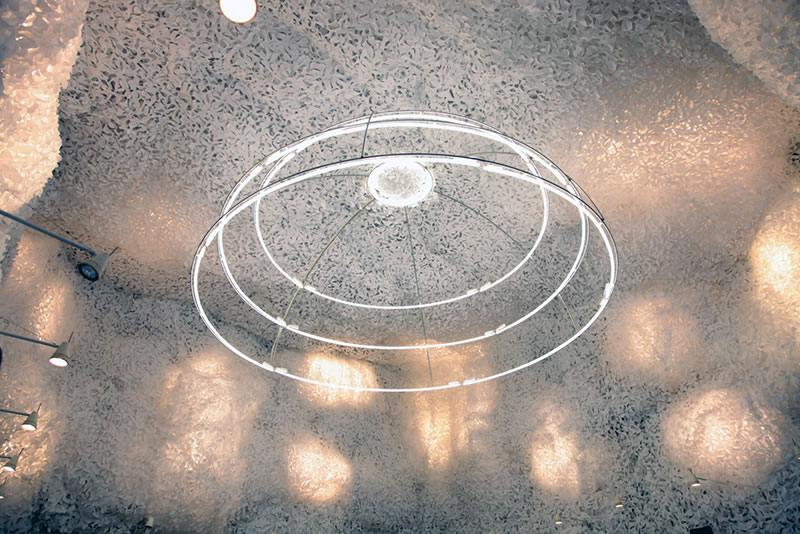 Matteo Messervy completed this commercial project; store design, artistic direction and lighting design in 1997 for the couture boutique L’aura in Warsaw, Poland. The almost complete destruction of the urban structure during World War II, followed by the communist regime greatly influenced the current landscape of the city which has yet to be rebuilt according to original plans.

Messervy believes the city is “one that still greatly imposes it’s character on it’s inhabitants”. The post-war architecture and randomly placed new buildings created after the fall of communism in 1989 make it difficult to perceive this city as harmonious and welcoming.

Messervy aimed to create a pocket of serenity and tranquility in this cavernous space by covering the walls with white camouflage fabric discreetly lit from within, thus rendering the space more intimate. The ceiling is illuminated with a huge circular structure that consumes the entire perimeter of the store.

This can be interpreted on different levels; either as a crinoline or as notions of aureoles, an intentionally installed element borrowed from the country’s catholic dominance. Messervy chose to use white throughout the boutique to best display the haute couture garments. His meticulous lighting attracts the attention of passers-by both day and at night. 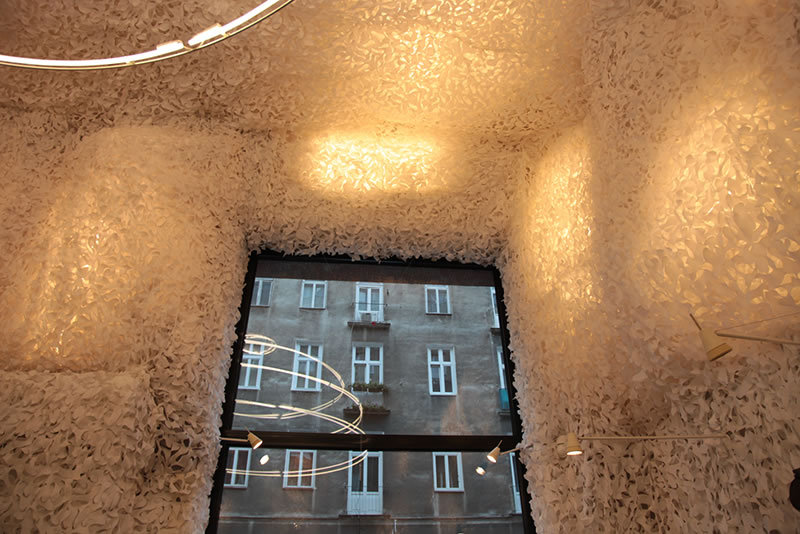 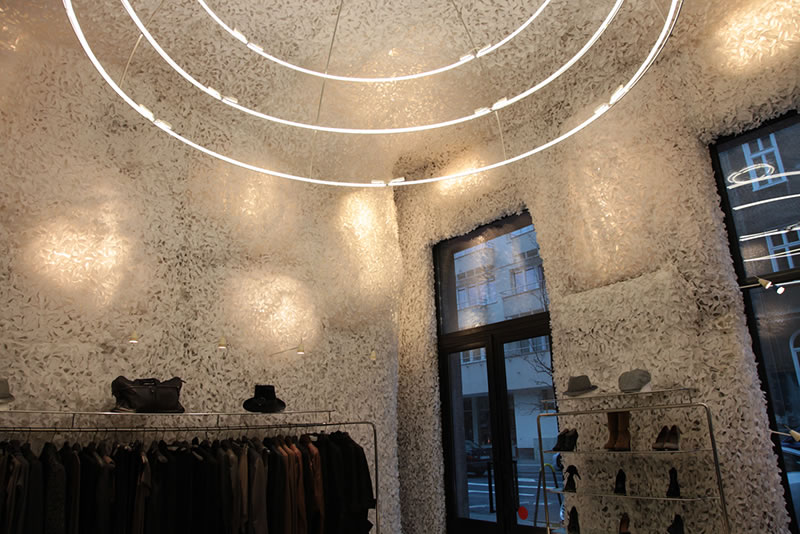 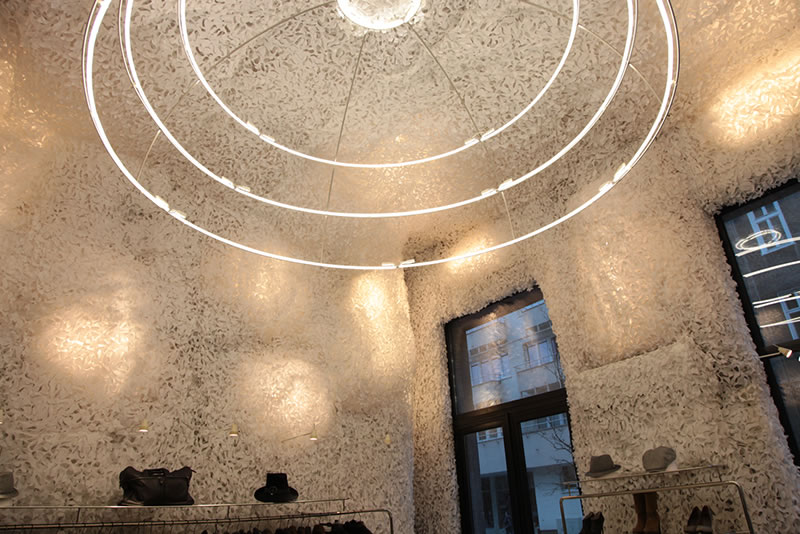 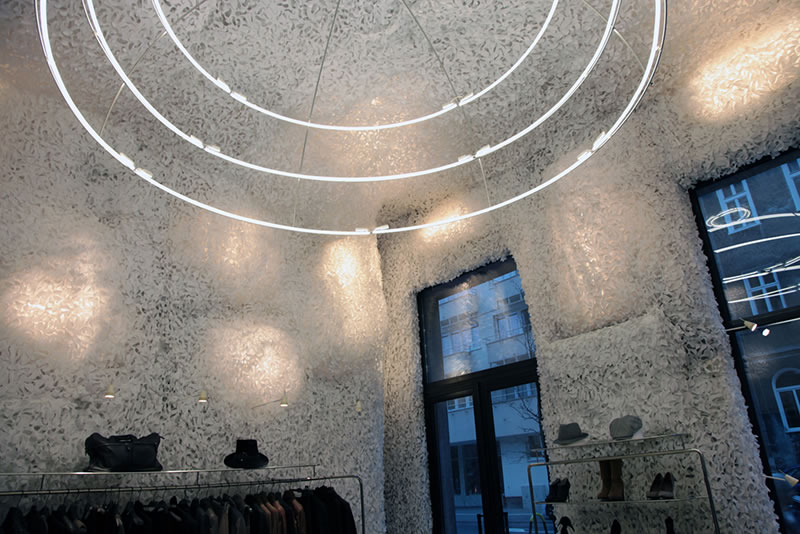 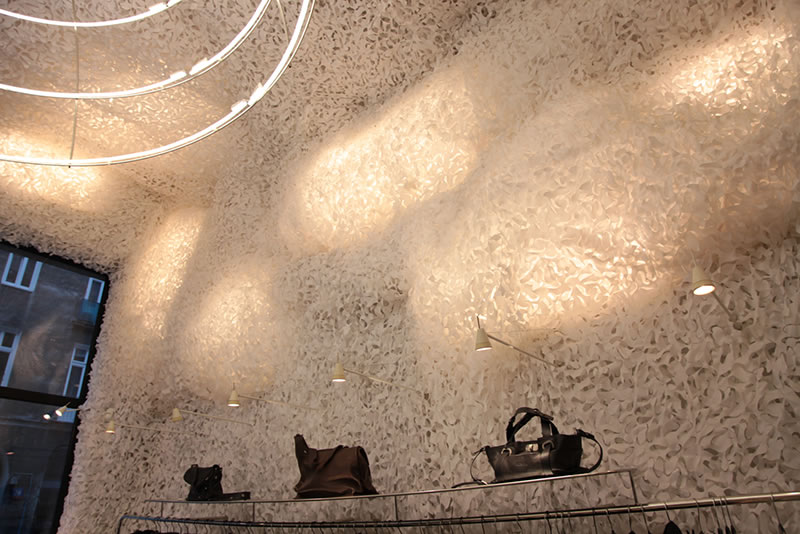