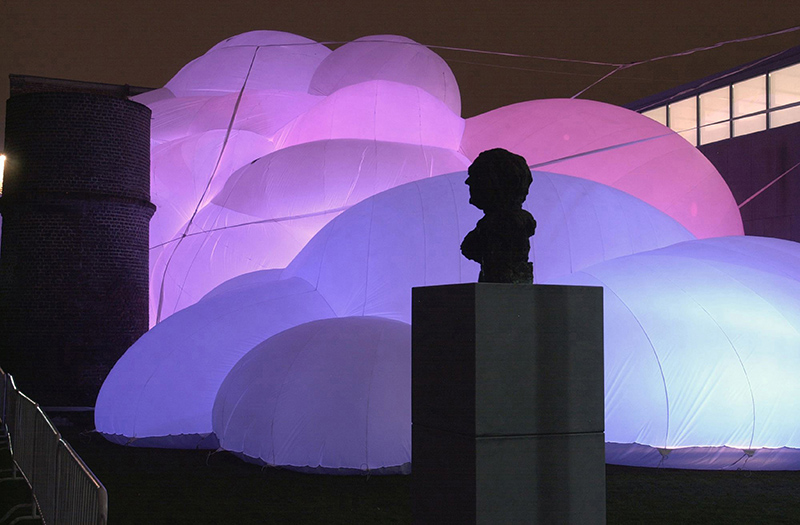 In 2004 the European Capital of Culture was awarded to the city of Lille and Matteo Messervy was given the opportunity to create a monumental installation encompassing nearly one city block.

Messervy’s inflatable creation was housed within the courtyard of the museum as a part of the exhibition “Roubaix, Textile Lighthouse” curated by Alice Morgaine for La Piscine, Musée d’Art et d’Industrie – André Diligent.

Messervy often finds his inspiration uncovering a city’s history, finding a positive element, something glorious from the past that can become the base for his artistic endeavour. In this case, the XIX century city of Roubaix was once an affluent hub for cotton trade and today stands as a poor post-industrial city. This installation intended to remind the spectators of their ancestor’s past achievements.

The balloon like structure resembling bales of cotton literally hypnotised the onlookers with it’s radiance and size. “La Piscine” covered an overall length of 31 meters, width of 16 meters and height of 14,5 meters.

The skillfully sewn fabric structure was inflated and lit from within with diffused intensity and color variation yielding an overall ethereal feeling. Consistent with Messervy’s theme, the lights were set to the beat of a human heart. 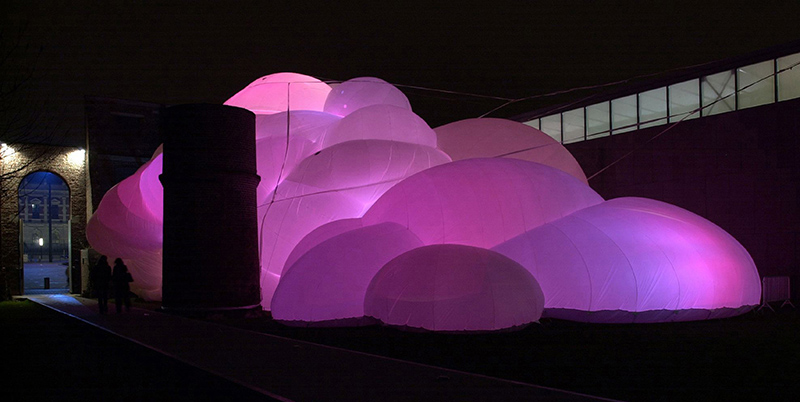 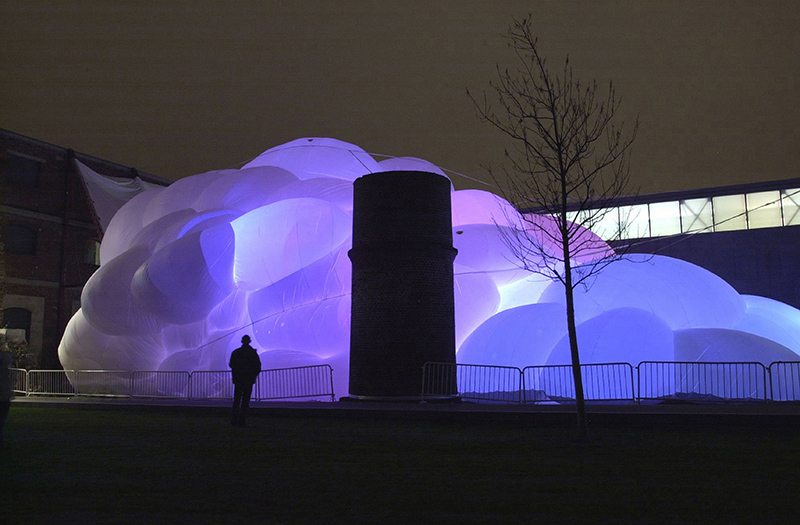 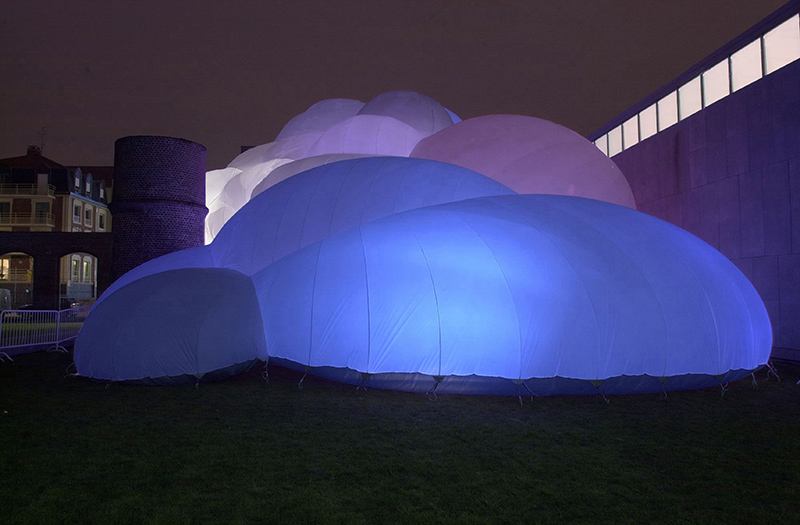 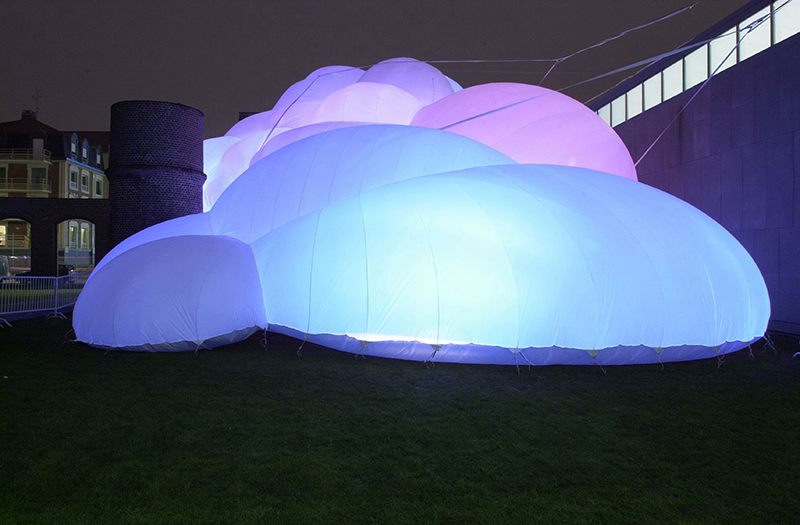