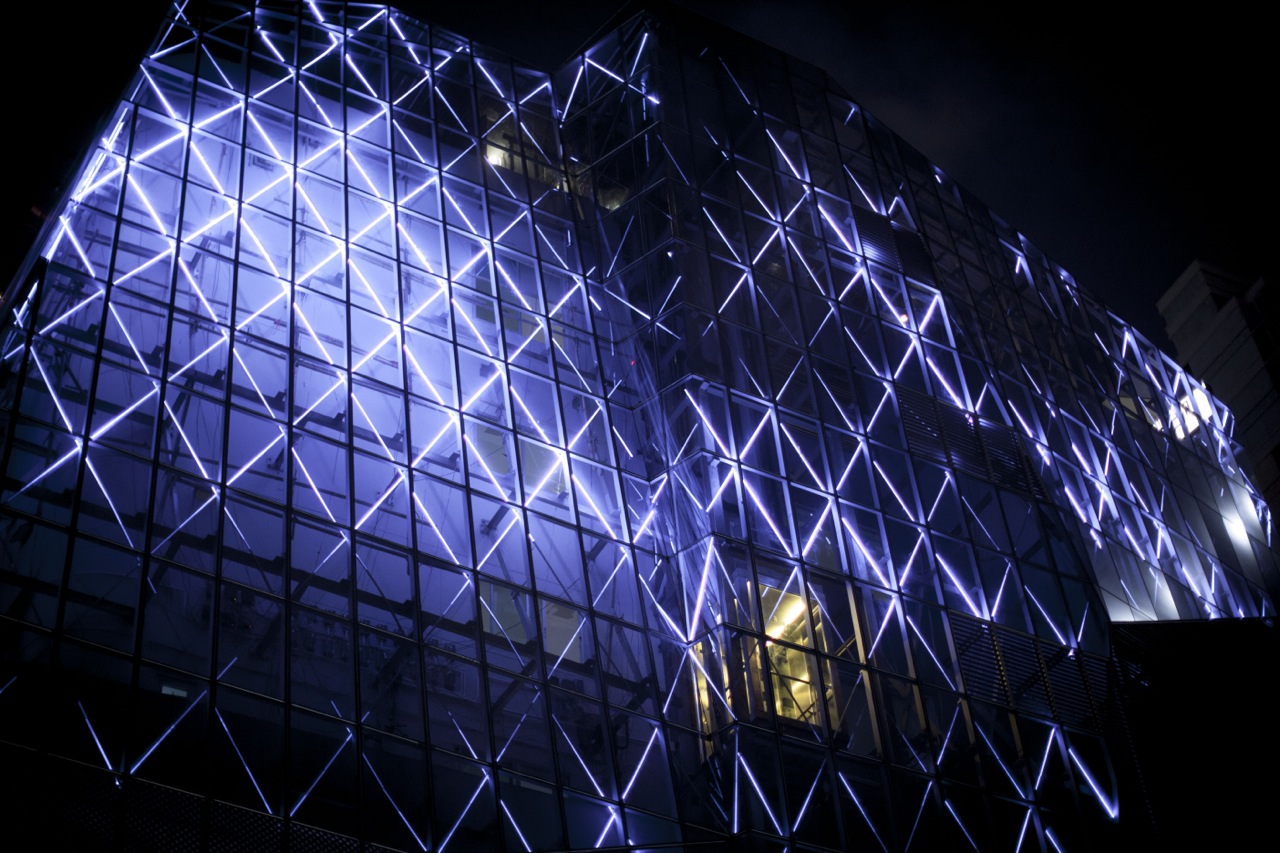 THE OPUS BUILDING : LIGHTING UP THE URBAN EXPERIENCE 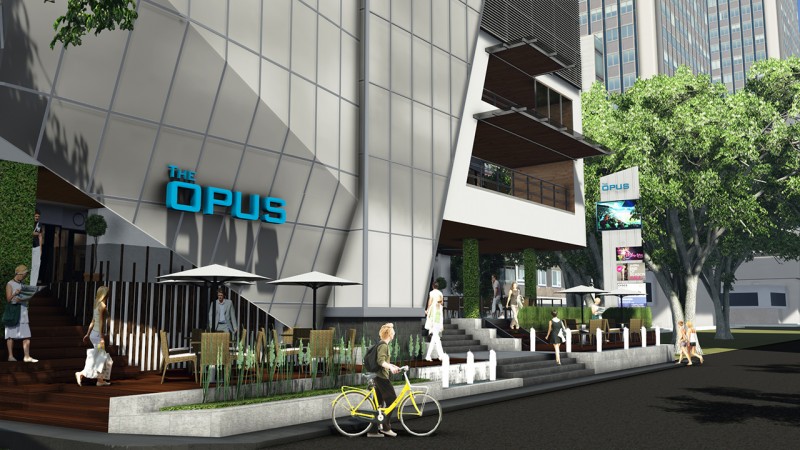 The Opus Building clearly stands out in the urban setting of its surrounding neighbourhood : Thonglor.
An area fast becoming a hotspot in Bangkok, known for its excellent choice of fashionable and upmarket residential, commercial and entertainment experiences, catering to a trendy and vibrant crowd of both locals and expatriates.
A unique, unconventional design drawing from some of the most innovative and contemporary architectural styles strongly outlines its potential as a spearhead for the future of this growing area’s landscape, inspiring a new generation of buildings and giving them a lean, modern, visually interesting, energy efficient and intelligent identity.
Another important aspect that plays in favour of The Opus is it’s visibility by day in an area of mainly low-rise buildings, and the great potentials that offers the context of a rather dark, poorly lit area at night, in which the building’s façade would be greatly highlighted and visible from afar.
In a city where night falls early, light is an element that cannot be overlooked, specially for a consumer-oriented building that needs to attract customers in the increasingly competitive retail sector.
It plays a crucial role in bringing life to façades otherwise unoticed , buried in the shadows and hidden behind the street lights, diverting the passers-by attention away from the obscured building.

The concept : Lighting up the urban experience 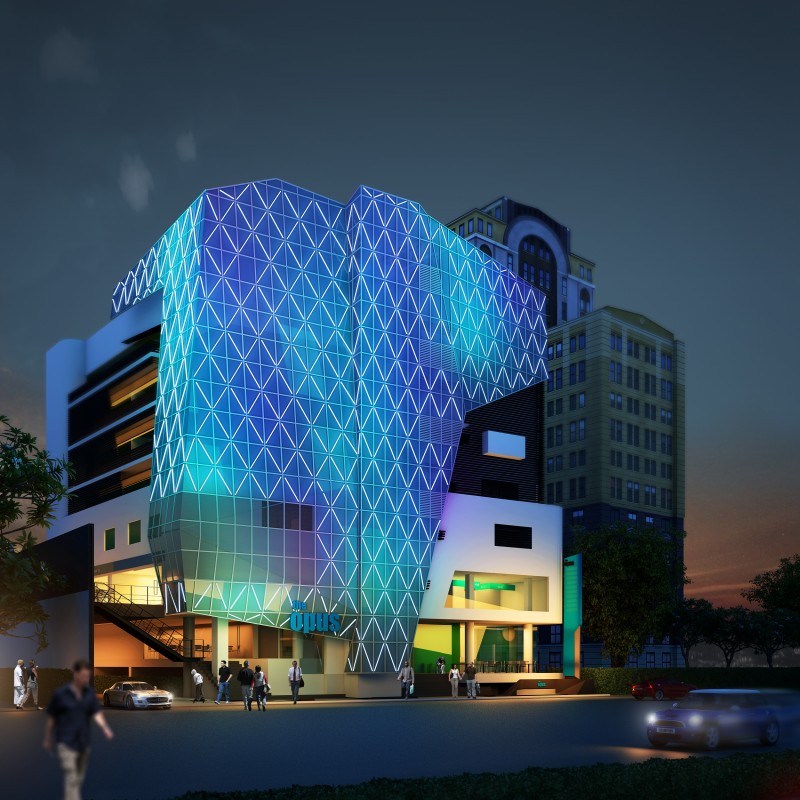 Light has to be a presence, an impact… Not just a functional decoration.

The lighting effects would attempt to breathe life inside The Opus walls, setting it aside from the usually static nature of most constructions by lending to the building façade the lively, steady and intimate movement of a heartbeat when seen from the outside.
It must transform a place into an outstanding entity.
A transformation which begins to take place when darkness falls. As evening settles, the city dresses up to meet thonglor’s burstling nightlife.
So does the Opus, which puts on its most stratling night suite, made of light.
Creative lighting design will be used to give an intelligent, comfortable and appealing interaction between the building’s
majestic shell-like structure and the visitors.
This would lure the onlookers to come inside and have a taste of the ensuing warm and welcoming feeling of the place, like being immersed in a cocoon.
We aim at visually connect and harmonize the façade with the passers by, bringing out the outstanding nature and quality of the place, satisfying both performance and aesthetics.
We want to create a playful interaction between people and the building’s façade with the use of a specifically developed smartphone app, through which people would be enabled to literally connect to the façade’s LED lighting display, and play with it following a precise scenario.
This kind of interactive visual concept with mobile devices would be a world premiere.
Designed by Matteo Messervy in collaboration with Visual System, specialized in high-end interactive and multimedia scenographies. 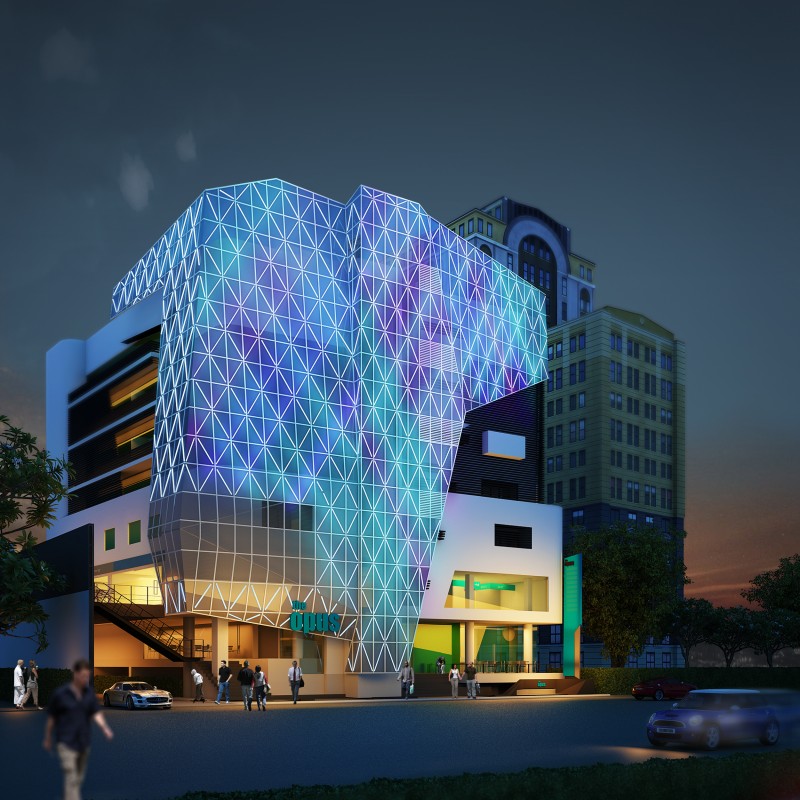 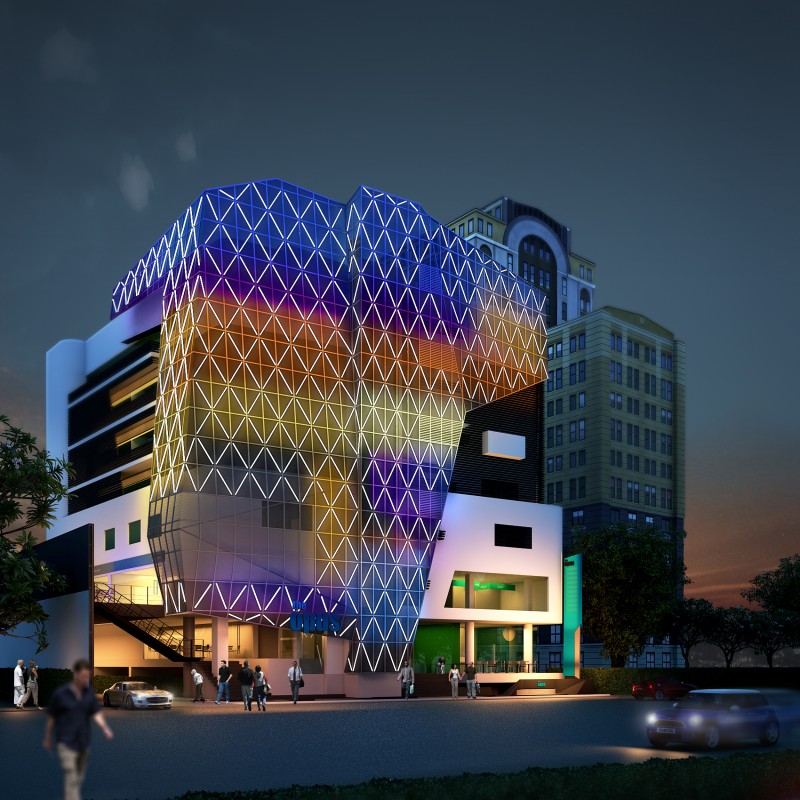 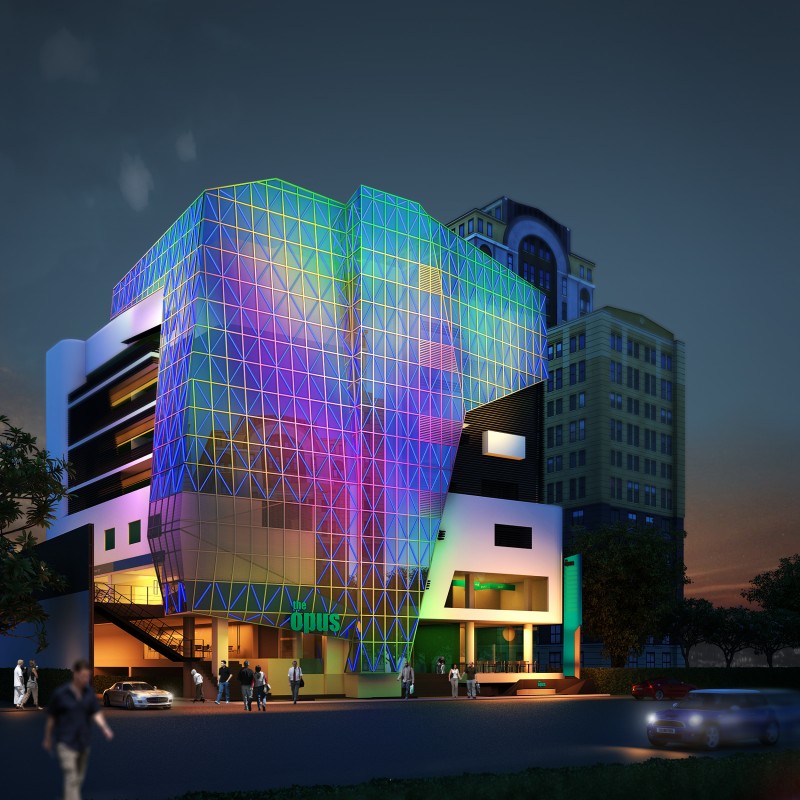 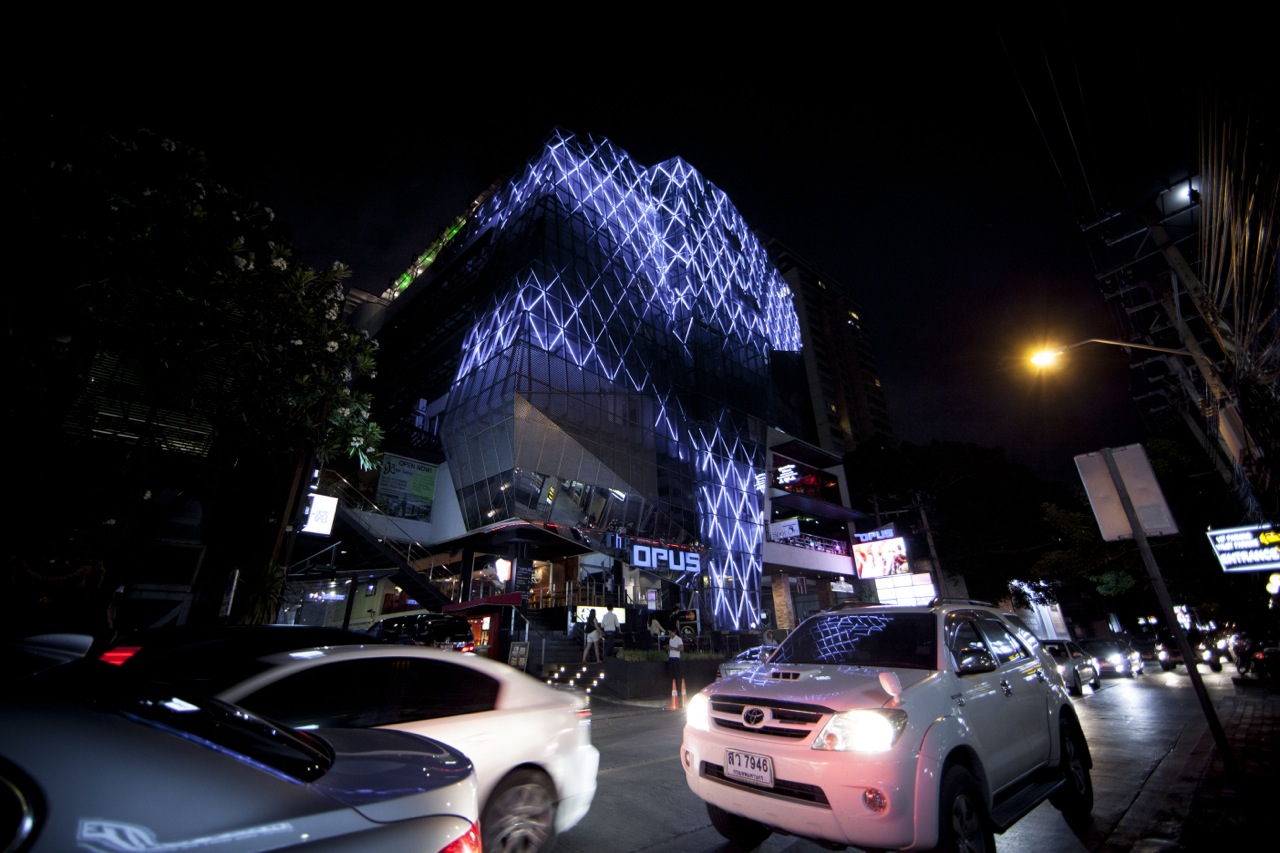 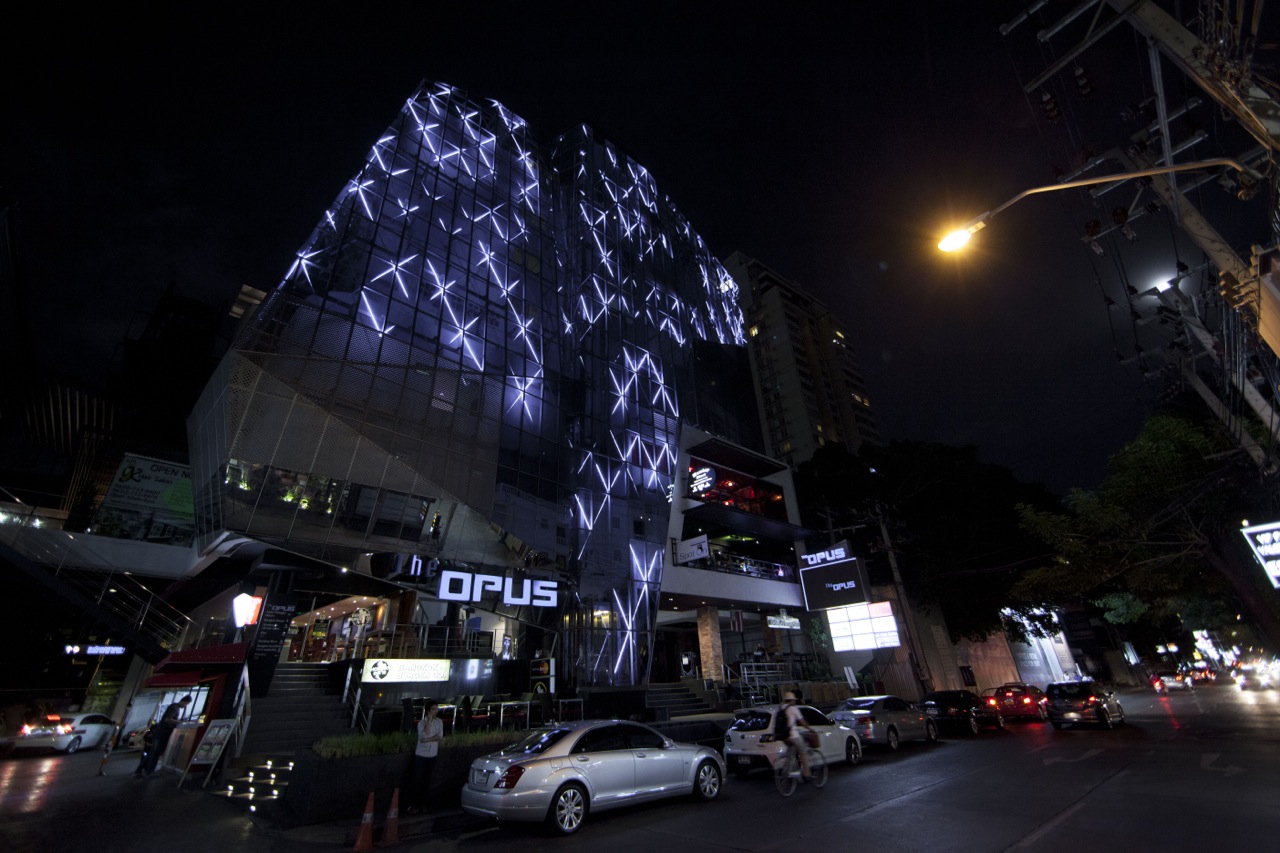 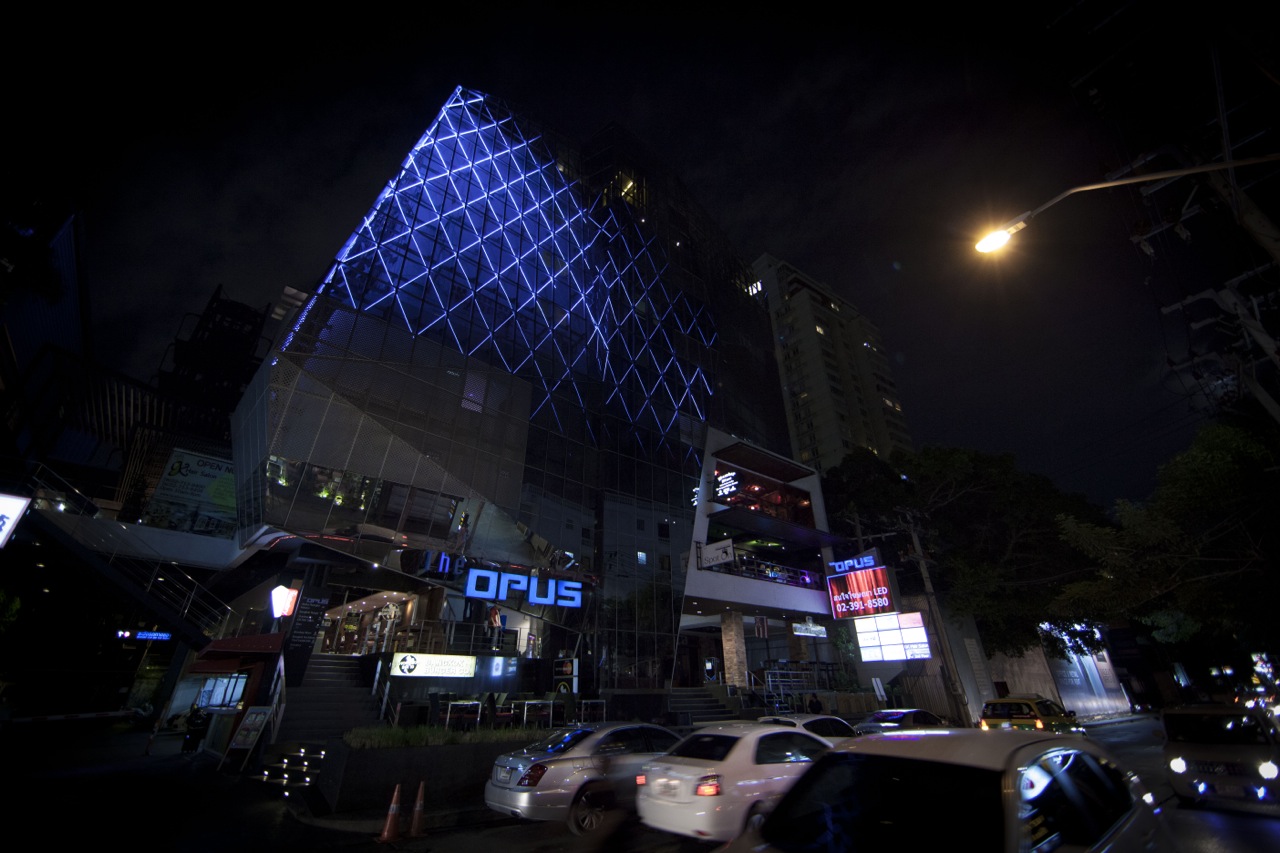 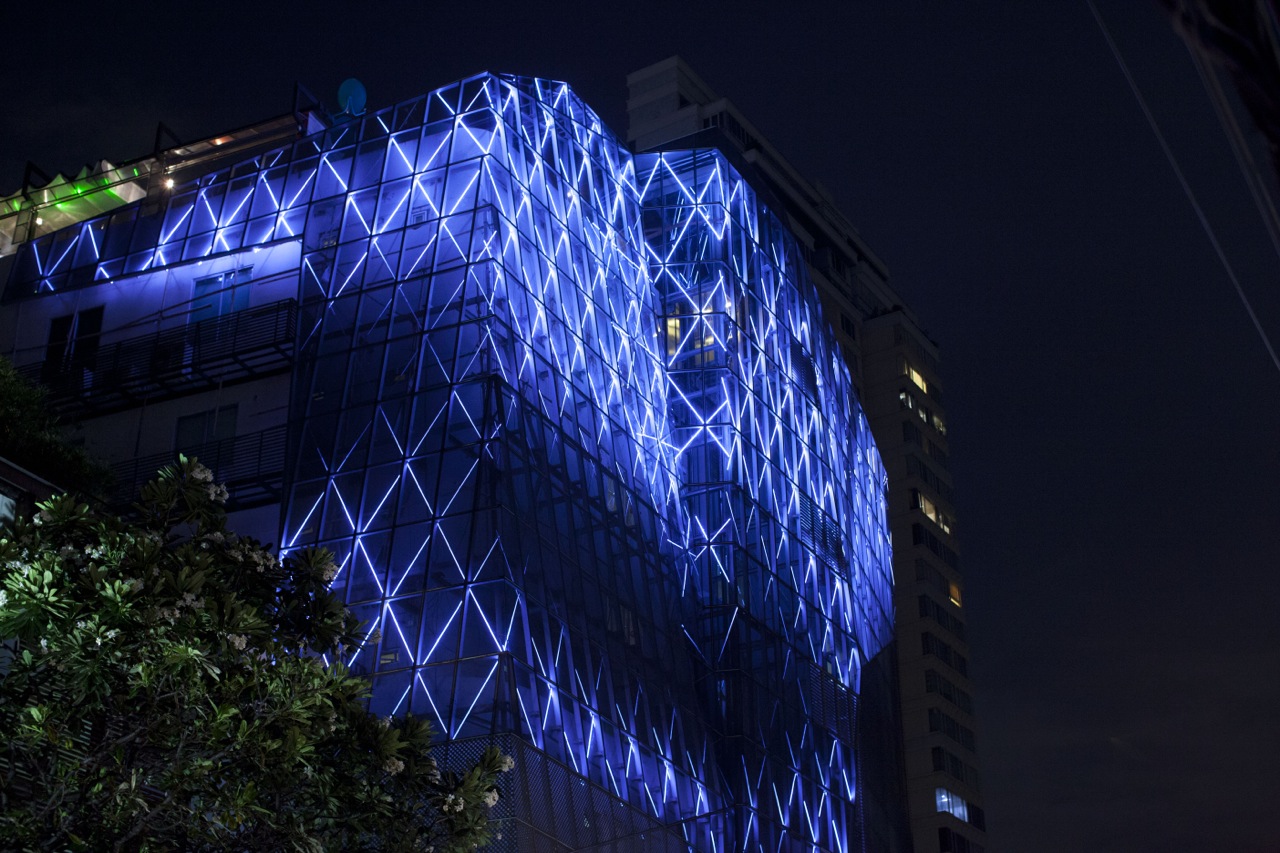 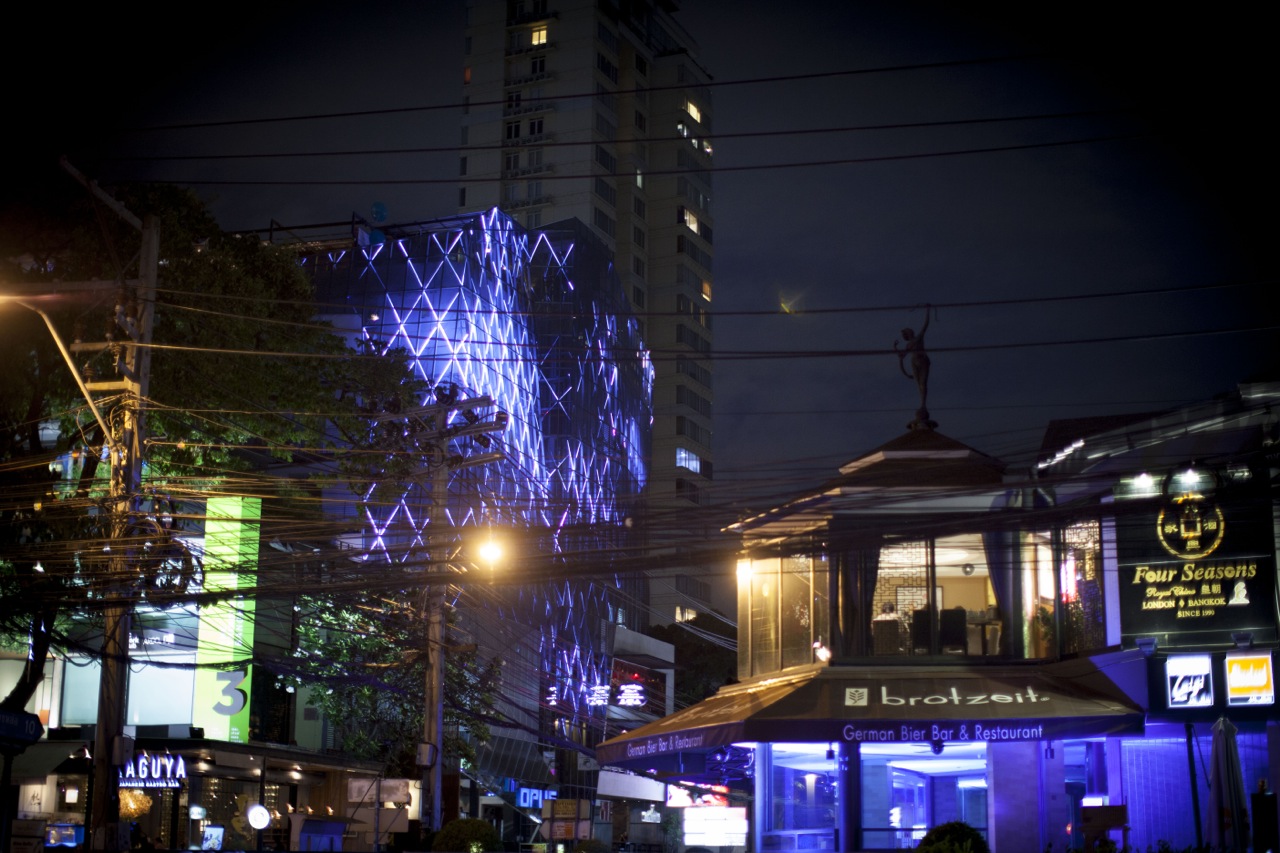